My first experience with pierogi was in New York City during a work trip. My friend took us to the Dekalb Market Hall in Brooklyn. It’s a food hall with a variety of different restaurants serving all sorts of cuisines. The food was so, so, so amazing. (New York seriously has the best food. Ever.) There was a stall there that sold homemade pierogi stuffed with everything under the sun. I wish I could remember the name of the restaurant, but it introduced me to pierogi and I haven’t been able to stop thinking about them.

If you’ve never heard of pierogi, they are a Polish stuffed dumpling. They are boiled and filled with different things. Sometimes it’s potato and cheese, like the one I’ve made here. Sometimes, it has sauerkraut. Pierogi hail from Central and Eastern Europe, and for whatever reason, food from that area of the world isn’t as popular in the United States. But man is it good.

You can learn more about pierogi on the King Arthur flour website, where I got the basic recipe for the pierogi dough.

Pierogi is very easy to make. The most time consuming part of this entire process is making the dough and letting it rest.

I boiled my pierogi and then pan seared it, so it had a nice, crispy edge. Then, I topped it with cooked bacon, caramelized onions, and melted butter. It was simple and delicious. If you wanted to make this vegetarian, don’t skip the bacon.

This was so delicious that writing up this blog post made me want to whip up another batch. Enjoy! 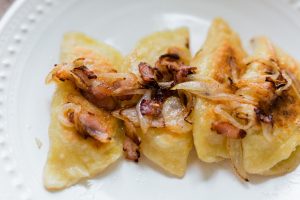 For the Homemade Dough

Make the Potato and Cheese Filling

Make the Bacon and Onion Topping 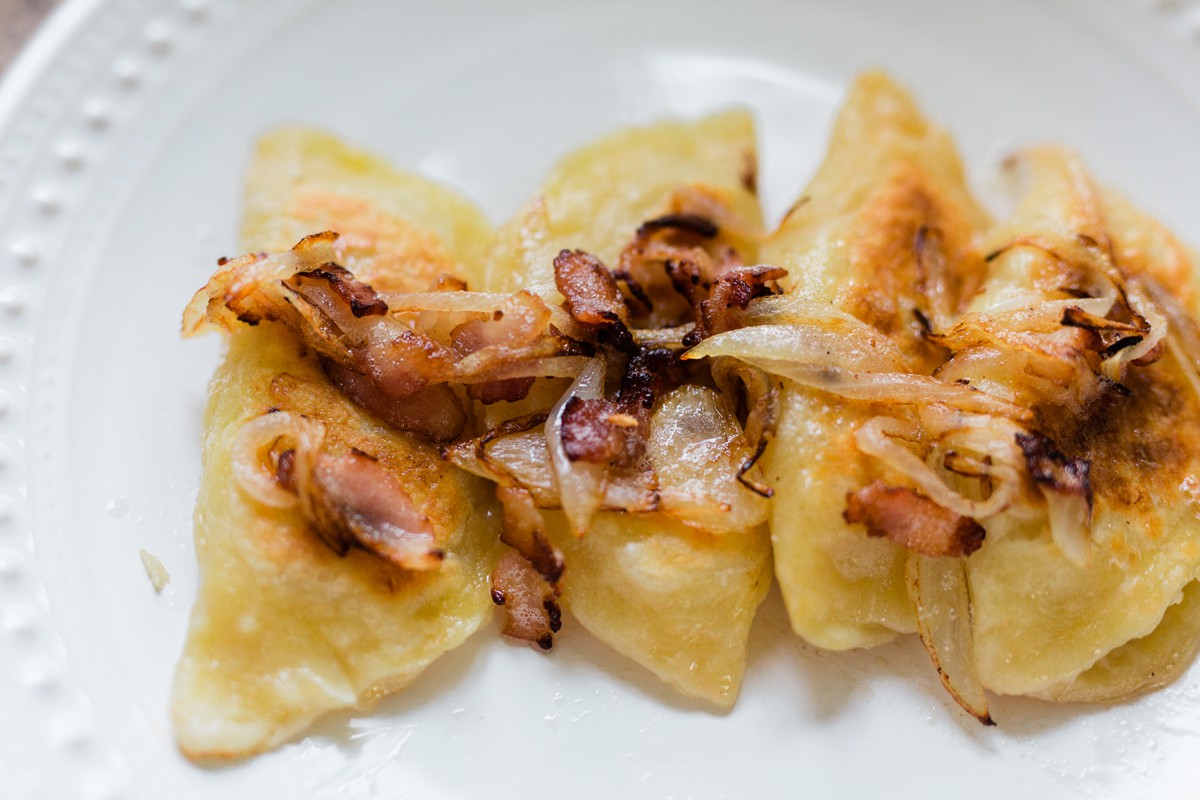