The other day when making Beef Pho (Vietnamese Beef Noodle Soup or Pho Bo), I originally wanted to combine beef bones and oxtail in the same pot … but alas I don’t have a pan large enough to accommodate that. So I decided to cook Beef Pho on the stovetop the traditional way, and use the Oxtail to make Pho in my nifty Instant Pot. I was going to compare how the Pho turned out … and surprise …

If you have a large enough pot (I think you’ll need at least a 16Qt stockpot), feel free to make stovetop Pho using both beef bones and oxtail. I think the result would be amazing!

As you probably know, if you’re a longtime reader of my blog, I absolutely LOVE my Instant Pot. I have a 6QT, and it’s a lifesaver. It doesn’t make too many servings, but it’s enough for a family of three.

If you don’t know what oxtail is, it’s the the tail meat from cows. It’s a tough piece of meat, so you have to really cook it for a long time. Even though I used the Instant Pot, I still pressure cooked it for two hours. You probably could do less time, and I may experiment with the timing in the future, but pressure cooking it for two hours made it super tender, fall off the bone, just perfection.

For all my pho recipes, I use Old Man Que Huong Pho Bac Spice Seasoning package. You can buy it on Amazon but it’s available at nearly all Asian supermarkets and grocery stores.

If you don’t have access to an Asian grocery store, you can assemble your own pho spices: you’ll need 2 cinnamon sticks, 5 star anise, 6 whole cloves, 1 tablespoon coriander seeds, 1 cardamom pod, and a tablespoon of fennel seeds.

Oxtail Pho is cooked in the exact same way as traditional stovetop pho and then served with the same garnishes as regular pho. It’s super easy in the Instant Pot.

However, you do need to parboil the Oxtail first. I’d do this over the stove. It’s much easier. If you choose not to parboil first, your pho broth won’t be clear later and you’ll have to scoop out the scum from it. (Gross!)

I would also cook the spices on the stove, though you could use the Instant Pot as well.

Have a pho-tastic day, and enjoy! 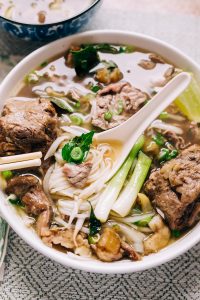 To Serve the Pho 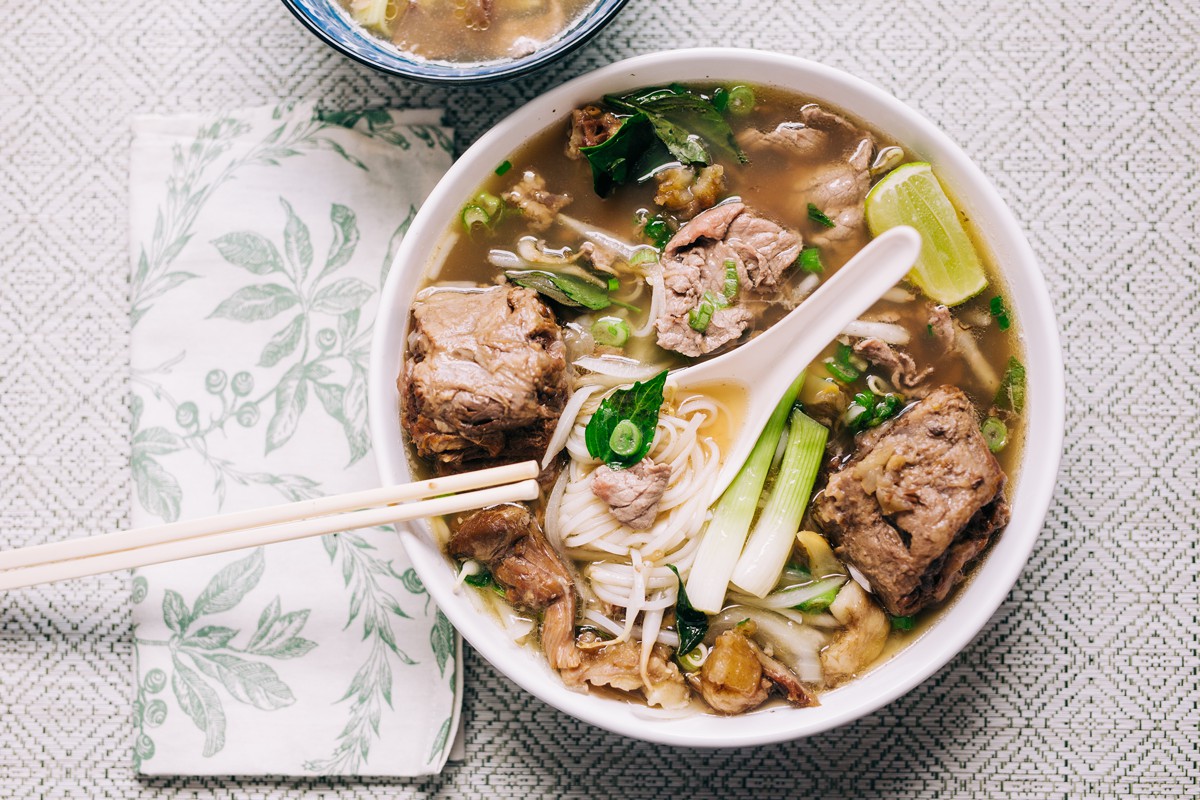